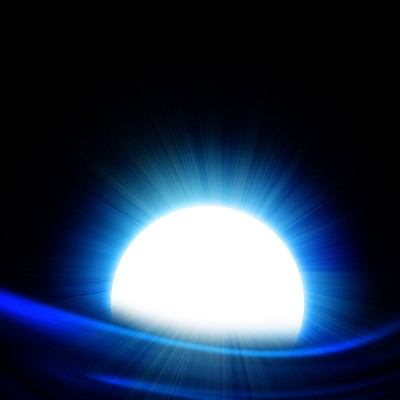 In a few hours, we will be sprung from the winter blues into the sunshine of spring time. Take a ride with me as we regenerate and reevaluate for the upcoming season.

Last weekend, I attended the Liberty States Fiction Writers first conference, after which I drove home in the worst rain storm I've ever seen. I will forever think of that hour as the AHA commute. If you are expecting a diatribe about "how short life is" or "live like there is no tomorrow," you will be disappointed. This is about friendship.

Right before I left the conference, I asked a friend, and writer, Ruth, if she wanted a lift. She had already made travel arrangements, so I ventured solo into the wind and rain fighting a turned up umbrella with my goodie-bag tucked safely under my arm.

Minutes into the drive my car was bobbing and weaving up the highway. The visibility was terrible but there was no place to pull over. At first, I was relieved that Ruth stayed behind; but with each long mile I began to wish my friend had come along to share in this white-knuckling adventure. These are the moments of heightened awareness that only those involved truly understand.

There was no turning back, pulling over, or letting up by Mother Nature. I continued on my path, knowing but not fearing that this was an "on the edge" moment. As I accepted this realization, my car hydroplaned out of the lane and onto the shoulder heading toward a ditch. I could sense the tires spinning freely as the car began to float across the water. The power steering became powerless, and I squinted through the windshield while the wipers struggled against the heavy downpour bombarding the earth.

The tires touched the grass as water rushed between the asphalt and nature's boundary. I thought "here we go" as the car was about to make its descent. It was in a split second that the front driver's side tire kissed a sliver of dry ground helping me regain control of the car. An angel was in the car behind me pretending to be the driver as they slowed down, flashing their lights to give me clearance to get back on the roadway.

All this and I was alone for the ride! No one to talk to but myself. While many things could have happened, instinctively I know that the worst damage would have been to the car. If Ruth had been along for the ride, we might have been soaked, tired, sore, or hungry, but we would have had one heck of a conference story to write about. The rest of the drive home, gripping the steering wheel, I laughed about the conversation she and I would have had while we were waiting to be rescued out of the ditch.

Over the last week, as the sun has come out to shine on us, I have been pondering the bigger message of my enlightening drive. These are the events in life when you wish you had a friend with you. I have been thinking about which of my friends, besides Ruth, might also have been good company for this adventure. As I drive my friendships forward into the future, I will keep these people close at hand, imagined in the seat next to me.

The AHA moment is in your answer to, "Which friend(s) would you want to be stuck in a ditch with?" Think about it, be honest with yourself, and about your relationships...the names and faces that pop up may surprise you. Say AHA and remember, these are the people who you truly know are friends.

What an eloquent way of re-defining a "true friend".... being stuck in a ditch. I like that! I think of my ditch friends every day!!

@Ruth: Thank you, and I am so glad we are friends. You are right, we would definitely find a way to get the car out of the ditch...although, I'd be weak from laughing so much!

We have been emailing back and forth since last Saturday. Of course I read your post. I read them all the time. This comment was difficult to write. Paul did not come right away. He too was fighting the elements. As I stood watching the rain, standing comfortably in the hotel lobby, I knew I should have gone with you. I felt something was not right. No premonitions, just the nurturing concern of one good friend for another.

So, who would I want to be stuck in a ditch with? There are several people that come to mind so I will give you two.

I would like to be stuck with Paul, after 26 years he gives me the strength and courage to be myself and take risks. He would also make certain we stayed in the car and waited for a tow truck.

I would like to be stuck with friend Luci. She is honest, sincere, and resourceful. She fuels my creativity and I thoroughly enjoy her company. Together we would find a way to move the car out of the ditch!

@Lisa: Thank you; and good point about the "grease"...and I totally see you there next to me!! :)

@Rosemary: I know the feeling -- sooooo happy to see my driveway. Quite a way to finish up such an exciting day!

I made the same drive back,Luci--it was horrific. I was never so glad to get home!

wow...Luci you have a gift for writing and for putting things into perspective. <3
I love to read your articles and have really taken this one to heart.

I would simply add that sometimes life gets in the way too often with it's daily details and we should squeeze in time to maintain and grow friendships. They are the grease over life's rough spots! I am guilty of putting that off when I should not.

I may be miles away, but am close at heart...your vibrant life has touched mine...and I would volunteer to be in the seat next to you anytime!